March 6, 2017- My heart dropped in my chest and I thought that I was going to pass out. The tall, thin woman was taking us to the small, stupid human but it didn’t matter because in mere minutes our fates would be sealed.

I looked at Simba; on the outside, he seemed calm and collected but on the inside, I thought he must be feeling the same way that I do. He has a very special relationship with the small, stupid human..she was his rescuer. He was found in a cardboard box abandoned in the pouring rain as a kitten. He wandered out of the box and the large, stupid human spotted him at the corner of the yard. The small, stupid one lured him into her arms and from that moment, they’ve never been separated. It made me want to cry, not just for him but for myself. And what about Bernard? He didn’t ask to be a part of this, he was only trying to help us.

This was my doing. This all happened because of me. At that very second I decided that the large, stupid human was right, this was NOT how it was going to end. I glanced over at the large, stupid human and formulated a plan. It was a long shot but at this point, I was willing to try just about anything. I could tell that the wheels were turning in everyone else’s mind too as I stared into their blank expressions.

If this was going to work I had to be patient…I’d have to wait until we were dragged into the warehouse. The van came to a sudden stop at a gate and then started moving again. I could barely see out the front window but I could tell that we were going around the back of the building. We wheeled around the back of the building and I saw that the building backed onto a huge lake. Out of the corner of my eye, I caught a glimpse of a huge freight door that was opened. The small, stupid human was restrained by handcuffs and shackles and duct tape covered her mouth. 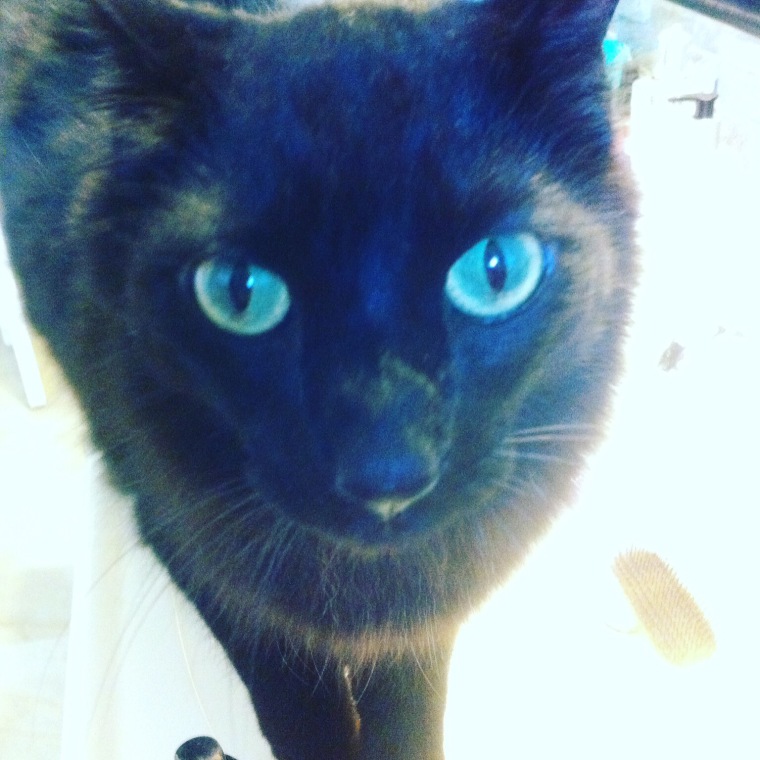