August 5, 2016- I cringed at the thought…maybe Simba was right. I muddled it around in my brain for a moment and thought about the odds…probably slim to none.I was quite sure that the tall, thin human was not so elusive that she could avoid capture-afterall, there were dozens of police and a heavy SWAT presence when we were rescued, surely they would have captured her.  Simba laid down in the corner of the animal transportation device and I laid down in the other and we drifted off to sleep. It had been an extremely trying week and we were both exhausted.

We were stirred awake by a gentle swaying motion; we had finally arrived at our destination and were lifted into the prison. When the gate opened on the animal transportation device I bolted out from it…I desperately needed to stretch my legs and use the facilities. I was happy to return to my lair…I had missed the comforts of it. Simba went to his usual post-the stupid human’s nest, and settled in for the night. All was well and I drifted off into slumber once again.

I opened my eyes to blackness. It was so dark that I could barely see a thing. I stretched and yawned and tried to roll over and go back to sleep but it was of no use…there was a faint sound of something coming from the front door. I decided to investigate. I slunk out of bed and took my post on the back of the couch…I looked out into the dark night and blinked hard a few times. The black getaway car was parked in front of the prison! I raced across the room to obtain a better vantage point and there in the glow of the moonlight stood the tall, thin human. 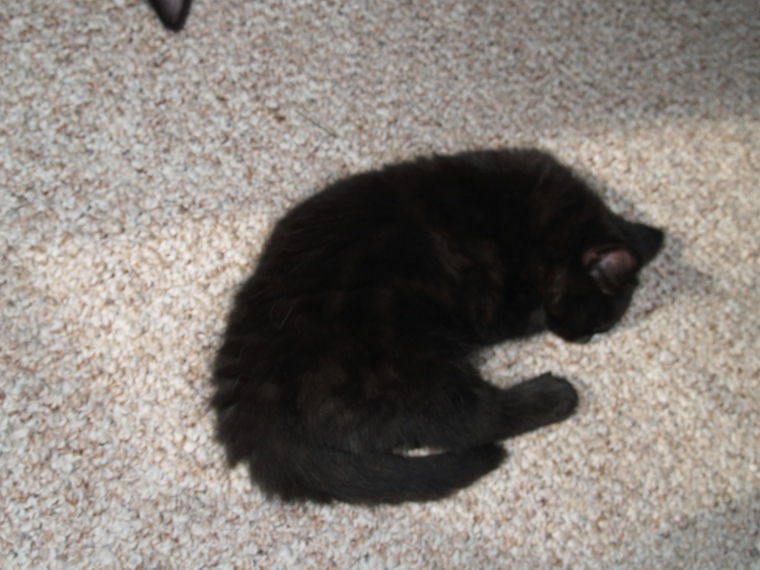