July 24, 2017- I looked to Simba for any sort of support or exit strategy, but he just sat there with a stupid look on his face and the tiniest bit of a smirk. I would battle with him later, but at this point, I needed to focus on getting away from Amelia and saving any shred of dignity that I had left. If she managed to wrestle me into the pink pyjamas that would be it…I could not go on. How could I ever look at myself in the mirror again if she defeated me?

She carried me over to the closet and sorted through outfit after pink outfit until she finally selected the perfect one. Let’s get one thing straight, I’m not opposed to wearing clothes, after all, I have a Batman shirt, multiple capes and of course a suit of armour but doesn’t everyone?

“OK! Let’s put these on!” Amelia squealed as she showed me a nightgown that had frills and ribbons and sequins. I shuddered and clenched my jaw. I wanted to fight back, I really did, but I had no choice but to just lay there and let her put the pyjamas on me. The last thing I wanted was to wear the pyjamas, but more importantly, I didn’t want to be seen as a monster, and  I knew that if I attacked her word would get out and no one would ever work for me again. My plans for world domination were more important than my pride at this second.

She slid the nightgown over my head and put my arms through the sleeves. There was snickering coming from the corner, and I wriggled around to witness Simba covering his mouth and trying not to laugh. Vengence would be mine as soon as I got out of here. 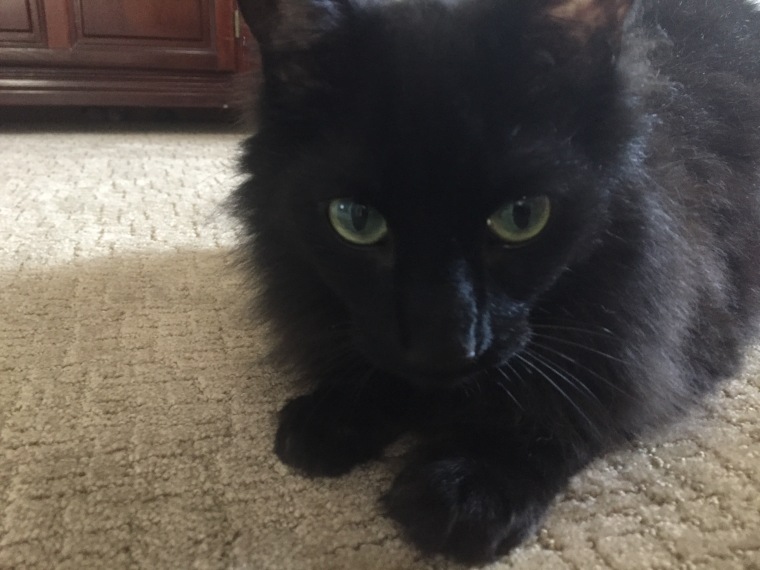