July 24, 2017- I looked to Simba for any sort of support or exit strategy, but he just sat there with a stupid look on his face and the tiniest bit of a smirk. I would battle with him later, but at this point, I needed to focus on getting away from Amelia and saving any shred of dignity that I had left. If she managed to wrestle me into the pink pyjamas that would be it…I could not go on. How could I ever look at myself in the mirror again if she defeated me?

She carried me over to the closet and sorted through outfit after pink outfit until she finally selected the perfect one. Let’s get one thing straight, I’m not opposed to wearing clothes, after all, I have a Batman shirt, multiple capes and of course a suit of armour but doesn’t everyone?

“OK! Let’s put these on!” Amelia squealed as she showed me a nightgown that had frills and ribbons and sequins. I shuddered and clenched my jaw. I wanted to fight back, I really did, but I had no choice but to just lay there and let her put the pyjamas on me. The last thing I wanted was to wear the pyjamas, but more importantly, I didn’t want to be seen as a monster, and  I knew that if I attacked her word would get out and no one would ever work for me again. My plans for world domination were more important than my pride at this second.

She slid the nightgown over my head and put my arms through the sleeves. There was snickering coming from the corner, and I wriggled around to witness Simba covering his mouth and trying not to laugh. Vengence would be mine as soon as I got out of here.

July 17, 2017-Simba and I had heard stories about Amelia, but we didn’t want to believe them…we wanted to believe that no human could be that cruel and unusual. For a split second, I debated whether or not to scratch her eyes out, but I was truthfully frozen in fear. Amelia couldn’t have been more than five years old, but she was crazy in every sense of the word. She squeezed me tight and breathed in the scent of my fur.

“You’re a stinky kitty! You need a bath!” She shrieked and giggled. Hearing her laugh made my blood run cold. The words echoed in my mind…bath…a bath meant water and I hate water. There was no way that I was going down without a fight. I needed to act quickly but my mind was totally blank. The last thing I wanted to do was hurt her but what other choice did I have?

I squirmed and wriggled as hard as I could in the hopes that she would release me but instead her grip tightened.

“Don’t let her take you to the next location! What are you doing? You Fool! Bite her already!” Simba screamed.

I couldn’t bite her…she was just a little girl. I’m a soldier, not a monster. I hissed as loud as I could and narrowed my eyes at Amelia. Perhaps if I frightened her enough she would back off! I hissed again and bared my teeth at her as I growled.

“Oh kitty doesn’t want a bath?” She sung. “But you’re supposed to have a bath before bedtime!”

I growled again and said a prayer. “Fine no bath tonight, but you need to put pyjamas on!” She carried me to the closet and picked out a frilly, pink, one piece pyjama suit. 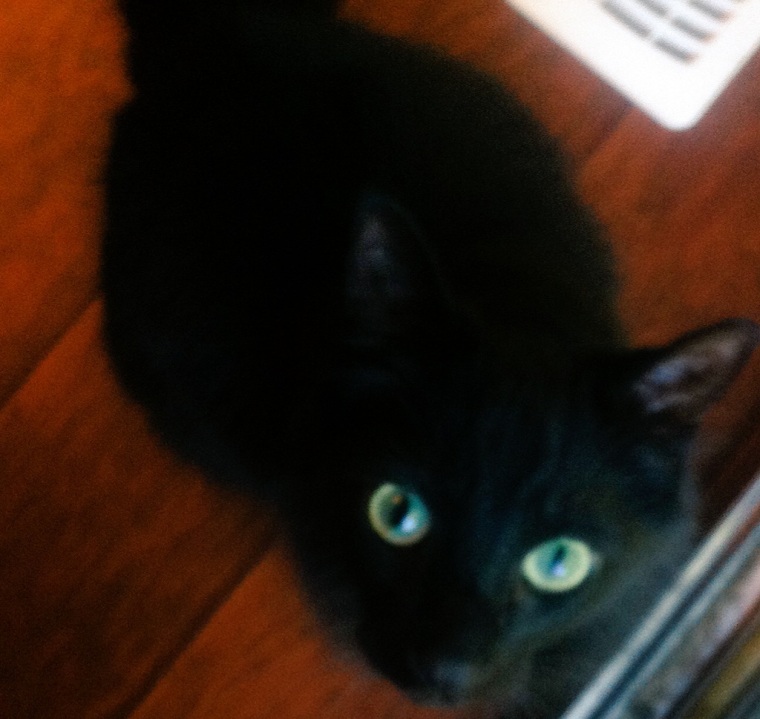 July 14, 2017-Hi Friends, as many of you know, I am an author of not only children’s books but also books for adults. Obsessed With Her is the name of my upcoming thriller and you can find out more information by hopping over to my site http://www.pandamoniumpublishing.com to check out the latest news, upcoming events and more!

July 12, 2017-This is such a wonderful story from our friends at One Green Planet .org.

Read about how a mama cat gets adopted after watching her babies leave…such a heartwarming article!

July 12, 2017- Here is the solution that we’ve all been waiting for to the question, “Are you smarter than a cat?” Click on the link below to see how you did! https://www.theguardian.com/science/2017/jul/03/did-you-solve-it-are-you-smarter-than-a-cat 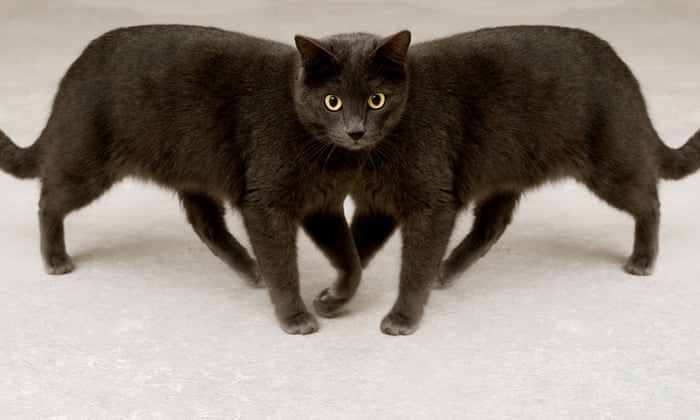 July 10, 2017-My head pounded in my ears and my mouth went dry. Amelia was coming for us and there was nowhere for us to escape her clutches.

Simba’s head whipped from side to side as he tried to find a path of least resistance. Amelia stood in front of us and reached down just as Simba shouted,”Follow me!”

I did as he commanded. We ran as fast as our legs would carry us and we managed to slide through Amelia’s legs.

“Naughty kitties!” She screamed and the sound of her laughing maniacally behind us sent shivers up my spine.

“She’s gaining on us!” I shouted to Simba.

“Up here!” He yelled and we raced up the staircase to the upper level of the house.

I heard Amelia’s footsteps stomp up the stairs after us. She was hot on our trail and it would only be a matter of time before she caught us for good.

“This way!” I said and pointed to a dark room Simba in after me and we heard the door slam as we huddled under the bed and braced for the worst.

“Silly cats! You come out from under there!” Amelia was crouching on the floor in front of us. My lungs burned and my legs ached and I wanted to go back to the prison, I wanted to be anywhere but here!

Amelia reached for me first and managed to scoop me up from my hiding place.

We had made a grave mistake. We should have never entered her room.

July 4, 2017- This is a really cool test from our friends at The Guardian! It’s a riddle/puzzle that you have to see to believe. Check it out by clicking on the link below! This Moggy will mess with your mind:) Best of luck!

Monday, July 3, 2017- I hated the sound of this. If it was who I thought it was we’d be better off taking our chances with Hugo and Dog.

“So what’s the plan?” I asked and tried to remain calm.

“Like I said, the only way out is through the central part of the house to the front door,” Simba said.

“We’re obviously going to be spotted if we prance up the staircase! What are we supposed to say? Oh sorry! We’ve been hiding in your basement, but we’d like to leave now,” I asked incredulously.

“We’ll have to wait until the household is asleep before we make our move.”

“Fine, but I swear on Bastet if we’re captured this is all your fault, and I’ll never speak to you again.”

“That’s a chance I’m willing to take,” Simba said. “Either way I win.”

Suddenly a light flicked on, and there were voices at the top of the staircase.

“Quick, behind here!” Simba commanded. We crouched behind a large roll of insulation and held our breath as we watched.

Two men clomped down the stairs. They were wearing work boots and grubby clothes.

“We’ll need to start with the insulation,” the larger of the two men said, “Then we can move on to drywall and go from there.”

The other man stepped towards us. “What are we going to do?” I whispered to Simba.

“There’s only one thing we can do…run. On my count…1…2…3!” Simba shouted, and I tore up the staircase after him.

We reached the top of the landing and leaned against the wall to hold our breath. I watched as Simba’s chest heaved from the exertion when all of the sudden my heart dropped into my stomach.

“Oh what a nice kitty! Wait! There’s two!” she shrieked with excitement.

My biggest fear had been realized; It was Amelia, and she was the stuff that nightmares are made of.