September 6, 2016- I shushed Simba and gave him silent instructions to follow me to the backyard. The sound had stopped and then started again. I crept alongside Monty’s house and shivered at the sound that seemed to be getting louder. It was an odd kind of scraping sound like bone on bone. I held my breath as I dove into the bush to get a better vantage point. I signalled to Simba to stay where he was while I surveyed the situation.

I peeked out from the bush and scanned the back yard. The yard seemed to be empty except for the sound of scraping. There was a table, a couple of chairs and a kiddie pool but other than those objects there was nothing noteworthy. I needed to get a better look. There was an old shed at the South East corner of the lot and the sound seemed to be coming from behind it…I couldn’t be sure unless I got closer.

I motioned for Simba to take my place in the bush. He would be safer under cover that was for sure. I had no idea what was lurking in the yard. I gathered all of my courage and crept closer to the shed; I stopped and stuck myself up against the sideboards. Just a few more steps and I would make visual contact with the sound. I took three steps forward and cocked my head around the corner. “AAAGGGHHHH!” I screamed as I came nose to nose with an enormous creature that I had never seen before! 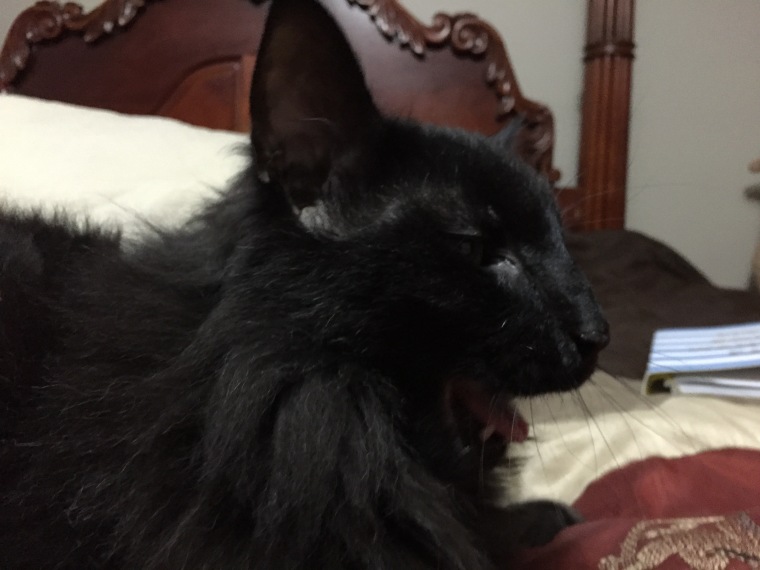