June 6, 2016-Alvin made it through the front door to freedom! I let go of the animal control’s ear and ran for cover but then I saw him…Bandit was in the litterbox room and it was him who caused the crash that I heard; I panicked and slammed the door shut. “What are you still doing here? I thought you left!” I said. “No, I forgot my wallet in here so I came back to get it…then everything happened and I tried to get out the window but it was no use…I ended up knocking everything off of the counter in my efforts to escape,” he said.

Bottles of nail polish were spilled on the floor, hair conditioner dripped down the side of the tub and there were bubbles everywhere! “I tried my best to clean it up but it was no use!” he said. “I’ll worry about this later…for now, we need to get you out of here!” I said, “I have a plan, we’ll rush them.” Bandit looked at me with eyebrows raised, “RUSH THEM?” “It’s the only way to ensure your safe evacuation,” I said, “On the count of three, we are going to open the door and RUN AS FAST AS WE CAN to the secret corridor…they will chase us so we need to be quick.” I looked at Bandit and worry seeped down his face, “Ready? ONE…TWO…THREE!” I flung open the door and we made a break for it.

We tore down the hallway and rounded the corner at lightning speed, “HERE THEY COME!” The animals control yelled. The bigger one stood at the top of the stairs in a short stop stance, arms out and ready to capture us. “I’ll go up top you go through the legs,” I motioned to Bandit and we charged full speed ahead. 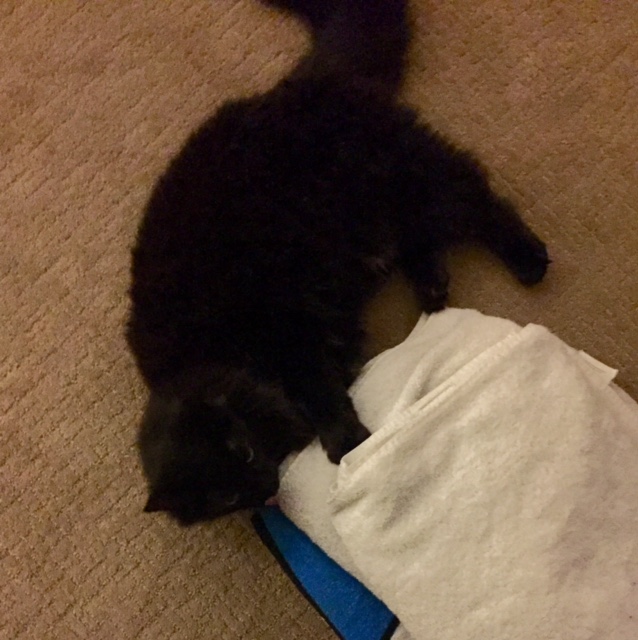