May 18, 2016- Simba and I were transported together to animal holding cells at a building where there were many other animals. Animals of all shapes and sizes were there; canines, felines, rabbits, birds and even a guinea pig. I wondered to myself what they were in for in terms of what crimes had they committed and been apprehended for.

Our paperwork was processed and our mug shots were taken and uploaded to the animal database. I was surprised that we weren’t fingerprinted. Simba was terrified. I put my arms around him and comforted him the best I could, “Don’t cry Simba…everything will be ok old chap, I promise.” He did not answer me and this hurt beyond any words he could have spoken. Because I had resisted arrest I was taken to a different holding cell-they separated us and I feared for Simba’s safety.

I entered the cell, it was quite nicely furnished with warm blankets, a bowl of distilled water and a nice meal of wet vittles that were tuna flavoured. There were police in uniforms patrolling the hallways, sometimes taking animals outside for fresh air and exercise. Everyone I had come into contact with was quite pleasant actually and to me, this came as a surprise…I’m not sure why but it did.

After about an hour or so, an officer came to collect me from my cell. She picked me up and I thought about resisting again but I didn’t, out of worry for Simba. I know how my actions have harmed him up to this point and I didn’t want to do anything that could potentially hurt him anymore. I was brought to a private room and a special wand was waved over me…information was then transferred from the wand to a computer screen.

I heard the examiner say the words, “Looks like he’s microchipped…he came in with another cat so let’s check him out too.” At that moment I was placed in a different holding cell in the same room. Simba was brought in, he was shaking in fear and I wanted to run to him…”This one has a microchip too…same address-call the owners.” 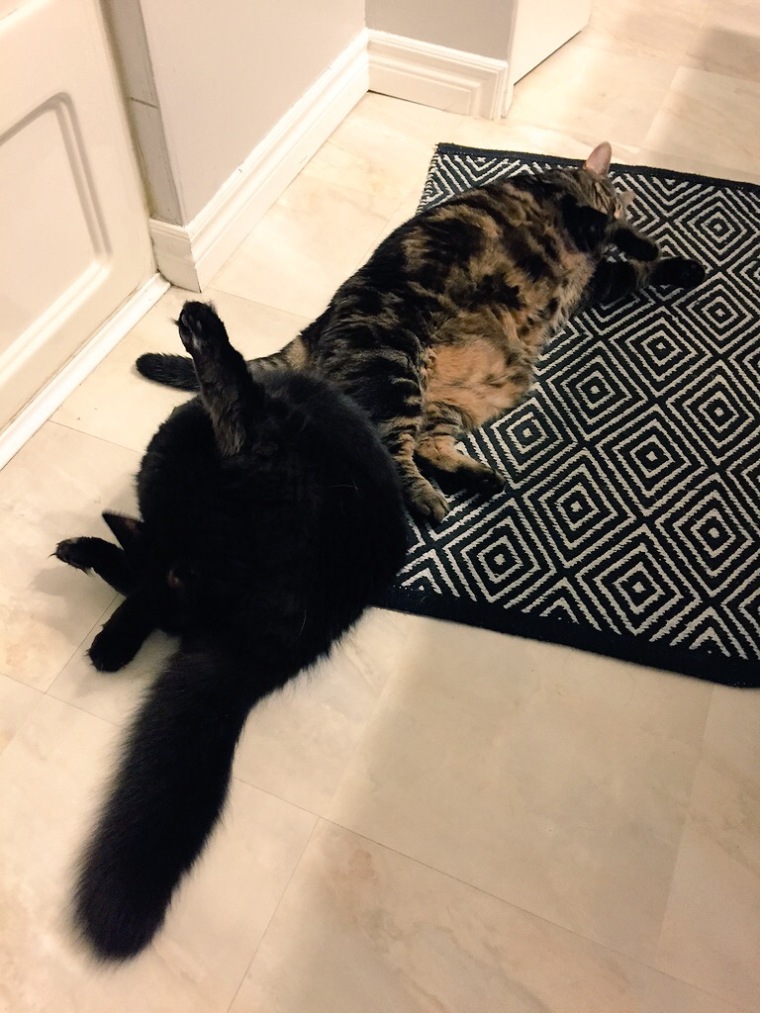