May 13, 2016-I gave the rest of the orders and sent everyone to their stations.It was dark by this point and we blended nicely into the blackness. We moved as one unit to the entrance of the party and I signalled Stinky to move ahead with step one…the distraction. He waddled into the middle of the lawn and just stood there-he looked around for a moment and then puffed up his magnificent tail-that was our sign to move to the catering truck. At that very moment he was noticed and the humans began to shriek in horror at the sight of him. It was absolute chaos and people were climbing over eachother to get out of his way! It was perfect!

The brigade moved with ease to the truck and bandit climbed right in-his robbery skills were a thing of beauty-this was going along swimmingly and I was quite proud of my men. The rest of us took up our post at the back of the truck and in precisely seven seconds we heard screaming and then saw a human run from the truck to the grass, he took one look at Stinky and ran in the other direction, abandoning his mobile kitchen. The back door swung open and we watched Bandit work his magic…If only I had hands like him…I would be unstoppable!

But something was happening… there was the sound of an engine turning over and suddenly the catering truck started to move…it was pulling ahead! I looked at Simba and gave the immediate order to jump onto the truck before it rolled away! “Stinky!” I shouted, “Get in, the plan has changed!” He did as he was told and grabbed onto my hand as I hoisted him into the vehicle. Bandit’s curiosity had gotten the better of him and he had turned on the ignition and put the monstrosity into DRIVE…this was no longer a robbery…it was grand theft auto. 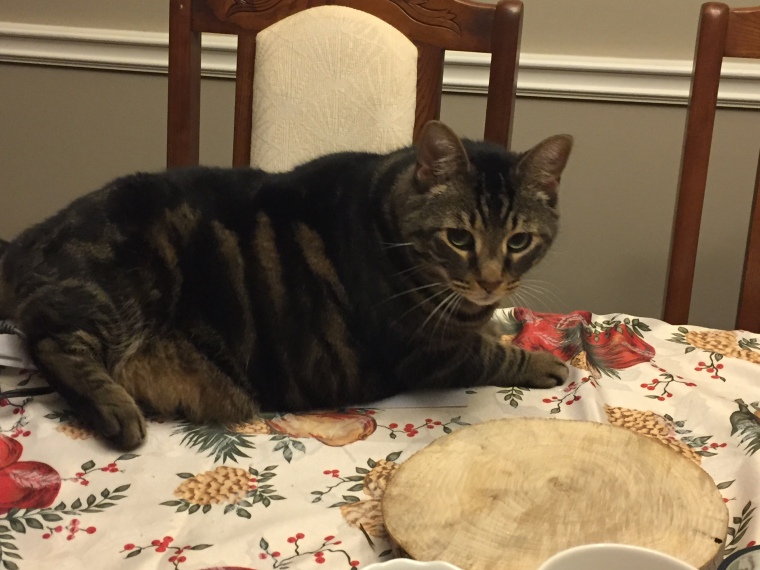