May 5, 2016-It was finally time for the hell hound to go home. I had been consumed by taking over Simba’s plan that I left the poor mutt alone for his duration at the prison. A bit of regret washed over me that I had not made his stay more unbearable.

His stupid humans collected him and the transfer was complete. I was glad to see him leave, there were other things that needed my immediate attention. I had much work to do with getting ready for the hostile takeover; I needed to gather supplies and I also needed to draw a map. This would be particularly difficult because I do not have opposable thumbs but nonetheless I would manage somehow. This evening would be the perfect opportunity to venture out into freedom! I would survey the outdoor compound for clues about Simba’s plan. Hopefully there was some sort of directions to the place, I could take a picture of it in my mind’s eye to be more prepared for the actual event and then I would transfer the image to paper and work from a set of plans. This had to be perfect.

The warden and the large, stupid human were out at their jobs, I assumed that they were gathering monies to buy feed for us …they must not be paid much because the food here is bland and tasteless. I went to the basement and climbed onto the shelf, I entered the secret corridor and retraced my steps from the evening before. I reached the end but there was no light-only slivers…had I gone in the wrong direction? I could not seem to get my bearings, I felt around in the darkness and suddenly brushed up against something with my foot. I picked it up and carried it back down the corridor to the shelf; I sat down still puzzled at the barrier that now stood between freedom and me.

I looked at the paperwork that I had collected and this is how it read, “Celebrate our marriage with us! Black tie reception to be held at…” I needed to find out what a marriage was, but one thing I did know, was that this was what Simba had named, Operation Luigi and that I was thankful that I owned a black tie. 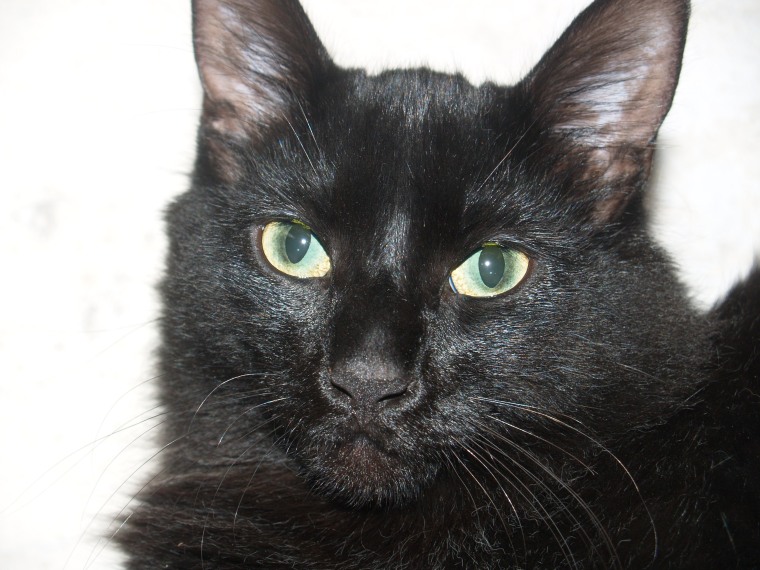